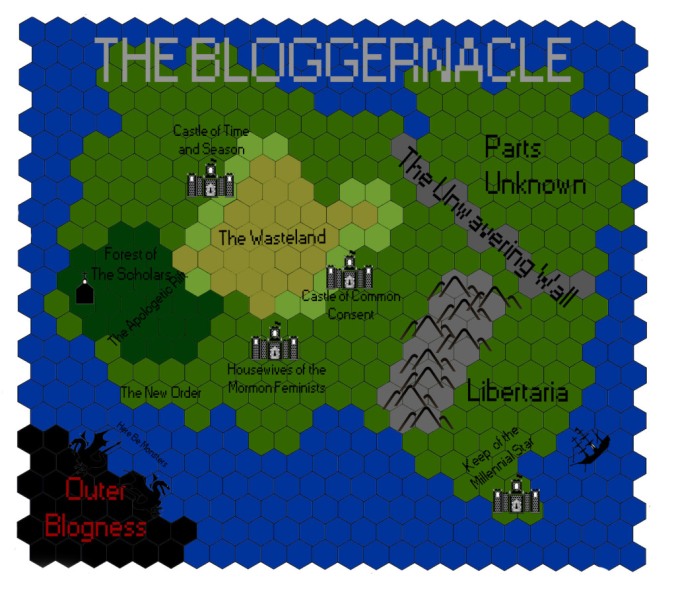 In 2013, By Common Consent published a brief and comic article called ‘A Map of the Bloggernacle’. It may be the Time and Season for this map to be revisited; The Anglo-Catholic Mormon has joined the Mormon Bloggernacle! In honour of this auspicious occasion, The Anglo-Catholic Mormon challenges By Common Consent’s map (posted above) and proposes an update to the map (below). 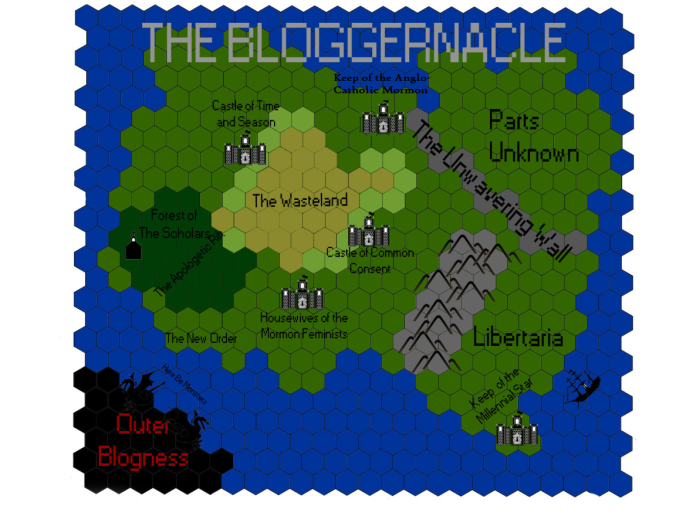 Keep of the Anglo-Catholic Mormon: Perched just within the Unwavering Wall, the Keep of the Anglo-Catholic Mormon is a newly discovered outpost of an ancient and universal kingdom. From this keep, paladins, mages, and scholars publish key theological tracts based upon the teachings of the (Restored Catholic) Church of Jesus Christ of Latter-day Saints. Their premise is that the ancient Christian Church, the universal or catholic church as established by Christ and led by the Prince of the Apostles, St Peter, is continued under the guidance of the current heir to the Throne of St Peter, in Salt Lake. Only by uncovering the mysteries of the past can they bring unity to the Mormon Bloggernacle.

A Clerk of Oxford

By Common Consent, a Mormon Blog

The greatest Mormon blog in the universe.

A daily selection of the best content published on WordPress, collected for you by humans who love to read.

The best longform stories on the web

The Art and Craft of Blogging

The latest news on WordPress.com and the WordPress community.